On April 16, 2019, the Medicine Hat Police Service Priority Street Crimes (PSCU) received information of a possible stolen enclosed cargo trailer at a residence in the flats area.  Police located the trailer and three individuals were taken into custody and a search warrant executed at the property.  Police recovered a stolen truck and trailer that contained a side by side quad and welding equipment that had a total value of approximately $35,000.

During the arrest and subsequent search of the arrested persons a baggy containing approximately 39 grams of Meth was recovered from one subject.  The street value of the drugs seized is approximately $3,900.

The three arrested have been identified as;

-Possession for the Purpose of Trafficking Methamphetamine

-fail to Comply with a Probation Order X 2

-Fail to Comply with Probation

-Possession of a Controlled Substance x 2

Four suspected drug dealers have been arrested thanks to a recent series of investigations by the ALERT Medicine Hat organized crime team in Brooks. More than $22,000 worth of drugs have been seized.

The arrests took place between March 28 and April 4, 2019, with the assistance of Brooks RCMP. In total, investigators seized 227 grams of cocaine, with an estimated street value of $22,700, along with one fentanyl pill.

“While our team is based in Medicine Hat, ALERT is always ready and willing to work with law enforcement agencies in surrounding communities,” said Staff Sgt. Cory Both, ALERT Medicine Hat. “Investigations like these lead to safer communities for everyone in the area.”

“These dangerous drugs pose a serious threat to the safety of our residents,” added Staff Sgt. Chris Zanidean, Brooks RCMP detachment commander. “We’re glad we are able to work with ALERT to address such threats in a timely, efficient manner.”

Adam McGuire, 32, has been charged with possession of a controlled substance.

Damon Clarke, 18, and Lual Deng, 48, have each been charged with trafficking a controlled substance (x2) and possession of proceeds of crime.

Members of the public who suspect drug or gang activity in their community can call local police, or contact Crime Stoppers at 1-800-222-TIPS (8477). Crime Stoppers is always anonymous.

ALERT was established and is funded by the Alberta Government and is a compilation of the province’s most sophisticated law enforcement resources committed to tackling serious and organized crime. Members of Calgary Police Service, Edmonton Police Service, Lethbridge Police Service, Medicine Hat Police Service, and RCMP work in ALERT.

Media inquiries may be directed to:

The new process utilizes card scan and printing technology mounted in the police officer’s vehicle that will automatically populate driver’s licence and vehicle information into the ticket, as well as details about the offence including; fine amounts, court appearance and payment due dates. It is anticipated that the new system will speed up the ticketing process and decrease the number of tickets cancelled due to administrative errors.

Additional staff efficiencies will be realized as clerical staff will no longer be required to manually enter ticket information into various record management systems and can be redeployed to other areas of responsibility.

The appearance of the e-ticket will closely resemble those issued by specialized traffic enforcement, but without a photo attached, and will enhance legibility of the offender’s copy.  The police copy, including the issuing officer’s notes, will be saved in electronic form, (as opposed to paper files), providing cost savings and a reduction in our environmental impact.

The pilot project will run for approximately one month and will involve four members of the MHPS Traffic Unit, who will test the new technology and provide feedback to the MHPS Information Technology Section to ensure that the program meets operational requirements.  Upon completion of the pilot, it is expected that the program will be rolled out to the remainder of MHPS’s fleet within the second quarter of 2019.

The total cost of the program is $55,000, which includes both software and hardware costs for full deployment to 20 vehicles.

On March 20, 2019 at approximately 8:00 am members of the Medicine Hat Police Service responded to the Medicine Hat College (MHC) for a report of an unknown male creating a disturbance. Upon arrival, police were met by MHC security staff who related that the male was acting erratically, disrupting students and was refusing to leave the premises.

Police located the male and attempted to arrest him for causing a disturbance. A short foot chase ensued when the male fled on foot into a classroom that was occupied by students and an instructor. The male continued to ignore police commands and was combative towards the pursuing officer causing the officer to deploy a burst of pepper spray on the suspect.  The male was then apprehended without further incident. No weapons were used or threatened by the male. No students or staff were physically injured during this event.

On March 16, 2019, the Medicine Hat Police Service received a report that an unknown male had been seen in the rear yard of a residence located in the 400 block of 12 NE, a couple time in the previous three days.  A kitchen knife with an approximate 12 inch blade was also located on the driveway of this residence that did not belong to the owner.

Police are asking residents in the area to contact police at 403-529-8481 if they observe someone suspicious in the area.

The Medicine Hat Police Service has received information that an organized, traveling criminal group may be in the Medicine Hat area.  The group will attempt to complete ‘distraction thefts’ to obtain valuables. The circumstances could include:

•  Targeting jewelry stores and second hand stores. A team of two would ask to see a piece of jewelry and use sleight of hand or distraction techniques to conceal the item, while another counts or shows a large amount of cash.

•  Targeting individuals in parking lots and on roadways. Offering to sell a high priced piece of jewelry for a fraction of the price due to being stranded and in need of gas money. The jewelry turns out to be fake gold and is worthless.

•  Targeting individuals in parking lots and using distraction to steal items such as purses, phones and other valuables.

If anyone has information, regarding these types of occurrences, please contact the Medicine Hat Police Service at, 403-529-8481 or by email at CIT@mhps.ca

Three people have been charged after ALERT seized over half a kilogram of methamphetamine and a loaded handgun. Arrests took place in Medicine Hat and Brooks.

The value of the drug bust is estimated at $32,000, and evidence seized included:

“This investigation is a significant step in disrupting and dismantling organized crime in our community,” said Staff Sgt. Cory Both, ALERT Medicine Hat. “Preventing these drugs and weapons from hitting the streets of Medicine Hat goes a long way toward keeping our residents safe.”

The handgun was a Glock .40-calibre with the serial number filed off. Further ballistics testing and analysis will be completed to determine if the firearm was used in any other crimes.

·  possession of a controlled substance for the purpose of trafficking;

·  possession of proceeds of crime; and

Devon Koehle, a 19-year-old woman, is charged with possession of a controlled substance and breach of recognizance.

Members of the public who suspect drug or gang activity in their community can call local police, or contact Crime Stoppers at 1-800-222-TIPS (8477). Crime Stoppers is always anonymous.

ALERT was established and is funded by the Alberta Government and is a compilation of the province’s most sophisticated law enforcement resources committed to tackling serious and organized crime. Members of Calgary Police Service, Edmonton Police Service, Lethbridge Police Service, Medicine Hat Police Service, and RCMP work in ALERT.

The Medicine Hat Police Service is requesting the assistance of the public regarding the investigation of the sexual interference that occurred on January 4th, 2019 at the Medicine Hat Family Leisure Centre. Police are asking the public to help identify the two males in the attached surveillance stills. These males are believed to have personal knowledge regarding the sexual interference of the 11-year-old victim. The male pictured in the darker grey hoodie was also carrying a skateboard when leaving the building.

The suspect male involved is described as: a white male, 30-35 years old, about 6 feet tall, average build, short light brown hair, and groomed beard and moustache. The suspect also has a colorful tattoo located on the majority of his left bicep area.

If any member of the public was at the Family Leisure Centre on January 4th, 2019 between 2:30 pm and 5:00 pm and may have captured any photographs or videos of the interior or exterior of the Family Leisure Center that may assist MHPS in identifying the suspect, please contact Sgt. Ernie Fischhofer of the Medicine Hat Police Service at (403) 529-8400 or Crimestoppers at (403) 527-8477. 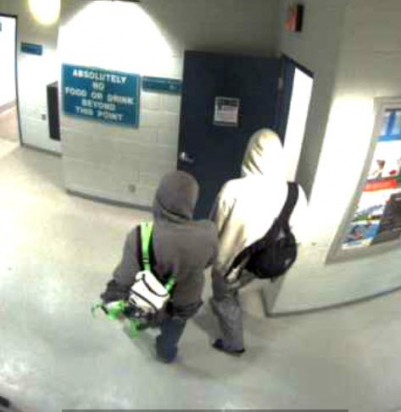 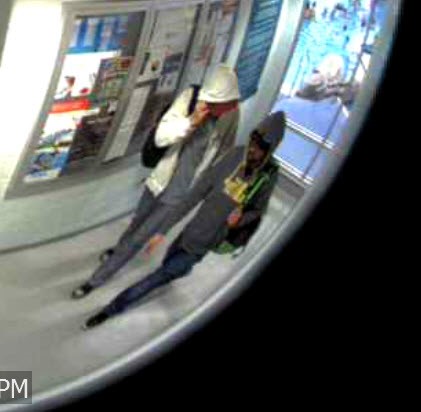 10.09.18
The Medicine Hat Police Service's Administrative Support Team is looking for a skilled individual to join our team.  Reporting to the Manager of Information Technology, the Senior Systems Administrator will provide support and maintain all aspects of the MHPS network including; IP network, server network, operating systems, virtualization hypervisors, clustered storage, security layers and firewalls. 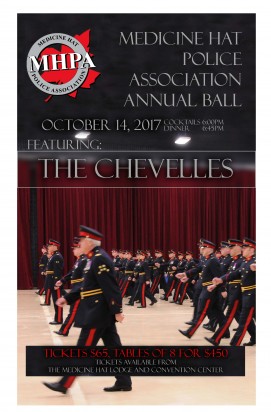