Mike Worden began his tenure as Chief of the Medicine Hat Police Service in January 2021 after a 25-year career with the Calgary Police Service where he rose to the rank of Superintendent.

Chief Worden has immediate family in Medicine Hat, a reason why he remained connected to the community over the last 33 years.  Since his return he has immersed himself into the community by joining the local Kiwanis Club and volunteering as a member of the Alberta Southeast Region Canadian Mental Health Association Committee.

Brent Secondiak has been a member of the Medicine Hat Police Service since 1999 and was promoted to the rank of Inspector in 2015.

Inspector Secondiak has served the community in a variety of areas including the; Patrol Section, Drug Enforcement Unit, Major Crimes Section and the Administrative Services Section.

As a member of the Executive Team, Brent provides leadership, support and oversight to the Operational Services Division which includes; Patrols, Traffic Unit and Municipal Bylaw Enforcement.

Inspector Secondiak, was raised in several towns and cities throughout Southern Alberta, as his father was a member of the RCMP.  Brent has lived in Calgary, Bassano, Brooks, and finally Lethbridge where he obtained a degree from the University of Lethbridge in Psychology. In 2018, Brent completed his Masters Degree in International Police Leadership from Charles Sturt University.

In addition to policing, Inspector Secondiak enjoys volunteering in the community and is currently involved with the; Sexual Assault Response Committee, Community Council on Homelessness, Canadian Mental Health Association and Rotary Club of Medicine Hat. 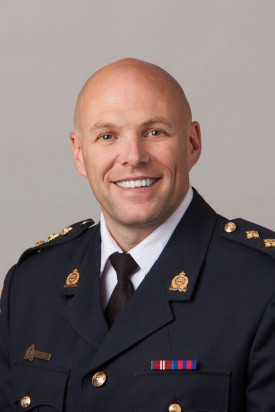 Joe West has been a member of the Medicine Hat Police Service since 1997 and was promoted to the rank of Inspector in 2016.

Inspector West has served the community in a variety of areas including the; Patrol Section, Training Unit, Tactical Team, Major Crimes Section and Organized Crime Section.

Inspector West previously served with the Calgary Police Service, joining in 1995 after completing a Bachelor’s Degree from the University of Calgary. 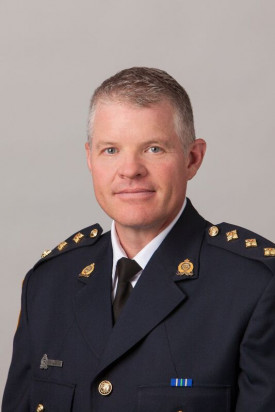 Tim McGough started his career with the Medicine Hat Police Service as a Special Constable in 1991 and since then he has served in numerous units and sections of the Police Service. These areas include the: Patrol Section, Drug Enforcement Unit, Firearms Training Unit, Major Crimes Section, Tactical Team, Professional Standards, Special Operations Unit and the Organized Crimes Section.

Tim has a diploma in Criminology, a degree in Business Administration and Masters in Policing, Policy and Leadership.

Tim has been active volunteer in the community for many years where he served on boards and committees that provide services, support and advocacy for persons living with disabilities in the community. 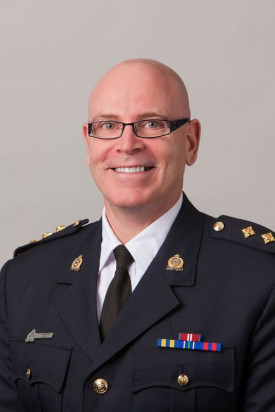