On August 13th at approximately 1:30 a.m. police responded to the area of Ross Glen RD SE and Ross Haven AVE SE for a report of two suspicious males, with one male observed brandishing a handgun. Information provided to Medicine Hat 911 was that one of the males pulled a hand gun from his waistband and pointed it at a passing car after a brief verbal exchange with the occupants of that vehicle.

Upon arrival police located two males matching the provided descriptions in the parking lot of the Ross Glen water park. Both males were challenged by attending police and taken into immediate custody. 27 year-old Jonah Perrin was found in possession of a loaded 9mm Glock pistol with an additional loaded magazine on his person.

Perrin was lodged for a bail hearing which was conducted later in the day on August 14th. Perrin was released with several pre-trial conditions prohibiting him from attending the area of Ross Glen water park, possessing any firearms or other weapons and to surrender to police any additional firearms he may possess, not to associate with the second male (not charged in this event) who was present at the time of the offences.

Perrin’s next court date is Sept 8th in Medicine Hat.

*The vehicle and occupant(s) involved in this event have yet to be identified. 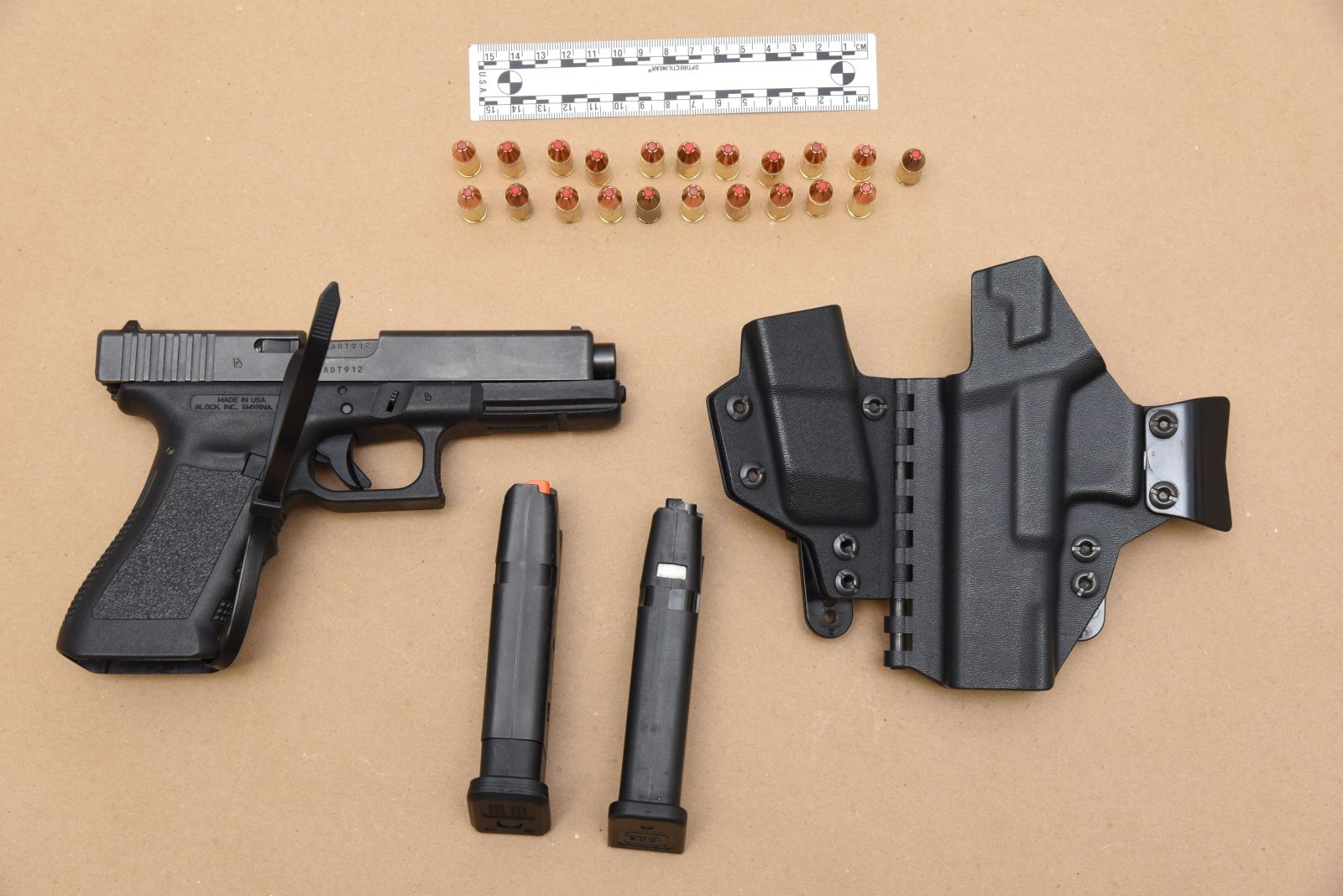